On his New York City commute home, a young man’s random act of kindness invites an unnerving obsession. As he comes face to face with a poisoned soul, the young man realizes his kindness has welcomed a demon he’ll have to confront to survive.

Being raised in a Catholic family and with a mother who worked at one of the most historic churches in the country, I spent countless hours of my young years absorbing the teachings of Catholicism. Having come a long way from my childhood understanding of the religion, this film is an artistic representation of my continuing dialogue with Catholicism, the way it’s affected me, and my evolving perception of others who follow its beliefs.

Drawing inspiration from classics that first introduced me to the Horror genre (most specifically Hitchcock’s Psycho and Strangers on a Train and the Polanski films Repulsion and Rosemary’s Baby), The One utilizes stillness, sparsity of dialogue, and suspense to bring us closer to the questions being asked. I also juxtaposed empty space and filling the frame as a means to further the unknowns of this story, and utilized a two-tone palette, creating similar effects to black and white, to highlight the duality of religion’s effect on the contemporary world.

The Horror genre has the power to affect people on a primal level, through fear, and shed light on seemingly set beliefs, beliefs that may be opinions accepted by habit rather than true understanding of self. The One examines the biblical story and the effects of Christianity (most specifically Catholicism) in the modern world to provoke reflection on antiquated points of view and the all-encompassing power some, my childhood-self included, allow religion to have over their living destiny.

This film was made not to blame or glorify but to pose questions and, most importantly, bring us back to ourselves to ask, “What do I believe and why is it so for me?” 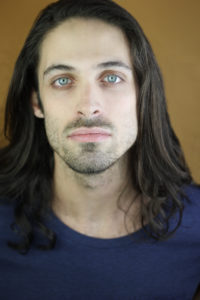 Nate was born on Halloween the same year that The Silence of the Lambs was released, one of three movies in history and the only Horror film to be honored with the “Big Five” at the Academy Awards. Having loved movies and all things scary for as long as he can remember, it’s no surprise that the two have merged in his life passion. Not only does he enjoy the entertainment of a good movie in any genre, he sees the medium as an opportunity to provide thoughtful interpretations of today’s society and present questions that, when asked of oneself, have the ability to change human lives on a personal and global level. A resident of New York City, holding a BFA in Musical Theater, Nate loves diving into the heightened and emotionally savage world of Horror and is looking forward to building a career in filmmaking, combining genres and telling an array of stories (but most probably always with a touch of the macabre). 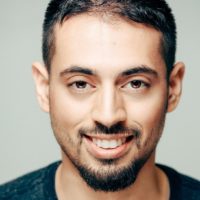 Mauricio Ventura is a Cinematographer currently based out of Washington D.C. where he was born and raised. He earned his BA in Cinema Arts + Sciences from Columbia College Chicago in 2015 where he was first introduced to filmmaking. Living in the Windy City for three years taught him to appreciate the independent community and the importance of being resourceful. Shortly after graduating, he moved back to Washington D.C. where he continued freelancing as a Cinematographer and later began producing his own films. His short drama, Mi Tierra/My Land, about an Immigrant father who barricades his family inside their home due to fear of detainment, was most recently screened at the 2019 Global Impact Film Festival and will be screening in other festivals this year. In 2017, Mauricio moved to Los Angeles with his wife where he was fortunate enough to capture many short stories working alongside talented directors and producers. After spending two years in California, he made the decision to move back to Washington DC and refocus as he now primarily shoots documentary content and is building a production company focused on providing cinematic storytelling to non profits, NGOs, and other businesses.